What do you like the most about redstone?: Well, I used to like other things about redstone but I mainly like computational redstone and the fact that since almost the same logic applies from real life you can theoretically create any sort of computational device using redstone. (Despite it being very slow and possibly large.)

What’s a thing you have made which demonstrates redstone knowledge?: A very simple 8 bit computer. Keep in mind this is my first full redstone computer so it is not very good. I am working on other redstone computers such as one with a CCA ALU which will be vertical and a lot more efficient, also include conditional branching.

What does the thing do?: Since it is very simple it can only add and subtract, does not have conditional branching. It has a binary display, a clock speed of 30-20 ticks, 4 bytes of addressable RAM, a program counter with 16 lines and 2 registers for the ALU. My friend is making a compiler for it, but so far I have only programmed it to do counting. I am sure it could do things like the fibonacci sequence but I have not programmed it to do that. 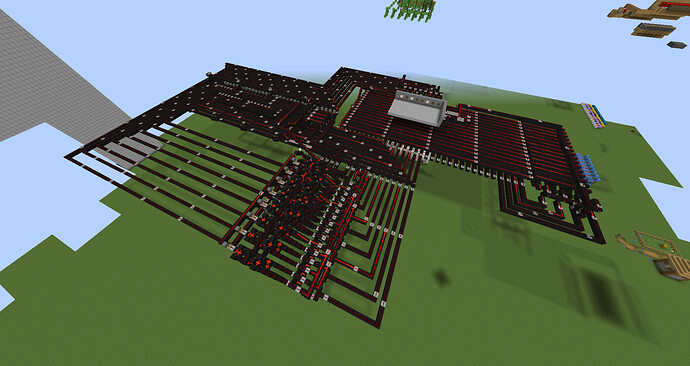 What do you plan on making for your build trial?: A simple RCA ALU that can perform all the standard functions. I will be able to explain in depth what each part is and what it does and why.

Do you agree with the rules?: Yes, I have read them and I agree.

By the power of Valhalla I have approved this message.