What I liked most about redstone was the creation of logic gates, then it struck me, I was going to make a redstone computer. When I was searching online I saw that the fastest computer that I could found was around 12 ticks (at that time). Except the one from DicoTheRedstoner, but he stopped working on it and it wasn’t finished. So I thought I am going to make it work. And that’s the thing I like most about redstone, the challenge of creating something seemingly impossible.

What’s a thing you have made which demonstrates redstone knowledge?:

The thing in the image is my newest ALU, with two dual-read registers.

What does the thing do?:

It can do: adding, subtracting, AND, OR and XOR 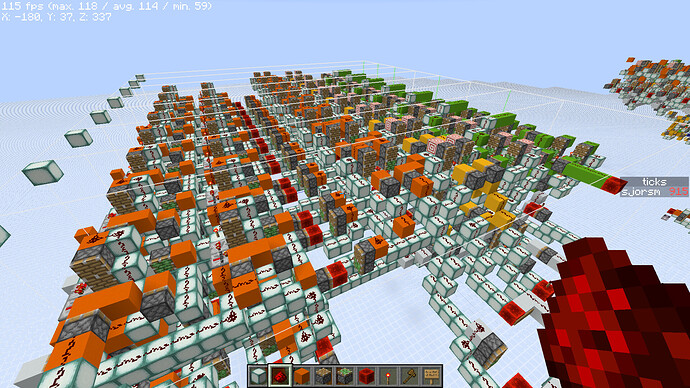 What do you plan on making for your build trial?:

I am going to build the 8 bit instant registers.

Do you agree with the rules?:

I do completely agree with the rules.

very nice. Id love to see the ALU for your trial, the staff who trials you can do WE for you to make it easier.
Accepted

Nice, as you can see is the ALU itself quite complicated. So I wasn’t sure if I could do it within an hour.