What do you like the most about Redstone?:
I love how computers work and Minecraft is best at doing that for me

What’s a thing you have made which demonstrates Redstone knowledge?:
simple numbers machine

What does the thing do?:
its 8Bit I was able to program it to do the Fibonacci

Image(s) and/or video(s) of the device:
sadly i don’t. The world the machine was on, was on an HDD and I knocked over my PC one time and broke the HDD, and lost everything.

What do you plan on making for your build trial?:
A CCA with functions (maybe on the functions I am still trying to figure out how to build functions on a CCA

Do you agree with the rules?: Yes and all that comes with it

A CCA with functions

Do you mean an ALU?

Also we need some sort of media of your build, I’m sure there’s people in game willing to help take pictures of stuff for you if needed.

You’re unable to take a screenshot ingame with F2?

No the machine was on the HDD which broke and all of my Minecraft related stuff got lost with it too.
I did take screenshots but they were lost too

Ah, I see. I’ll talk to the other staff and see what they think.

After a brief discussion, we decided that we’re still going to require some form of media. Note that the first build does not need to be too complicated, just some proof of something redstone-related you’ve done. 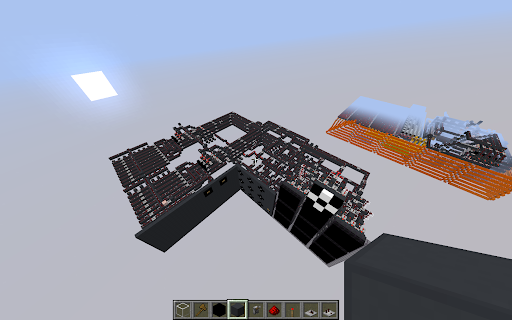