What do you like the most about redstone?: I have always been fascinated at how so much of redstone is based off of the simple inversion mechanic of torches. Nearly all gates feature this in some form or another, causing a not to sprout anything else you can imagine. As far as I know, there isn’t a circuit you can’t make using just torches, blocks, and redstone dust (or even without dust), if enough time and energy is put into the project.

But, even with this being possible, entrepreneurs in the field find more creative ways to utilize the limited components we have in ways not previously thought possible. Redstone just keeps getting faster and more interesting.

What’s a thing you have made which demonstrates redstone knowledge?: I have relatively recently made a 32 bit computer.

What does the thing do?: It can do any main arithmetic function, plus right shift, sets, and logical functions. It has 7 General Purpose Registers, each 32 bits wide (28 total bytes). RAM-wise, it has 32x32 cells, equating to an eighth of a kilobyte (is that a lot for redstone computers?). This is addressed using the 5 rightmost bits in a piston-based binary-to-decimal decoder. 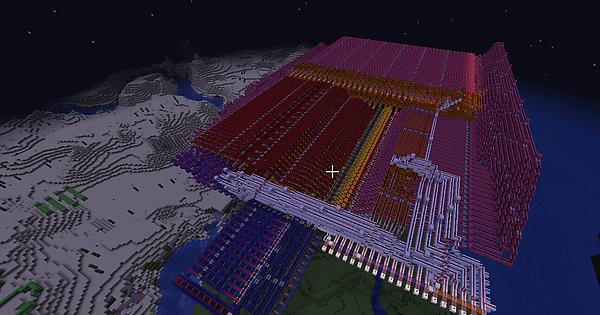 Do you agree with the rules?: Of course!