What do you like the most about redstone?: If we talk about features, then everything that includes torch and comparator logic, but if it’s like a personal opinion, then it’s because you can translate logic and math into a videogame, but also it’s not something straight forward like scrap mechanic, where you have the logic gates provided ; you have to plan out the way you place the stuff and take advantage of the unnoticed features, which makes it challenging.

What’s a thing you have made which demonstrates redstone knowledge?: I have made doors and a basic redstone computer , but for this application I have made what I believe is one of my best alu’s that relate function amount with the least space possible , it’s also 16-bit, but it doesn’t use signal strength logic.

What do you plan on making for your build trial?: Try to get better at comparator logic, and finish a computer that I have already started.

Do you agree with the rules?:** Yes , I will try my best not to cause any issues. 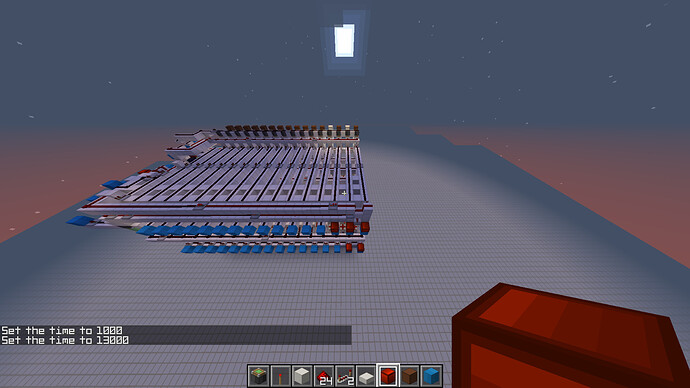