What do you like the most about redstone?: The things you can create in minecraft that make live so much easier and how you can connect everything, i mean there are so many things possible and you can do so many cool looking things that no one will ever see if hes not realy intrested in redstone. the best part is when you can blow a friends mind with just a tiny thing you builded with redstone

What’s a thing you have made which demonstrates redstone knowledge?:
many things, like a auto sorter ironfarms or even a whole advanturemap back in the day when commandblocks released, but sadly i dont have that one anymore

What does the thing do?:
sort items, produce iron, just thigs that arent like crazy redstone based but still need a lot of understanding on game mechanics, the only thing i ever wanted was to build a town that can make a players life eassy and give them every singel item in the game, with little to no effort, and was always limited on either serverplugins or other rules of the server. i just wanted to play with other redstoners and create beutifull things with a beatufull town at the end

Image(s) and/or video(s) of the device:
i would like to take a moderator on the server i played befor to show it to them real quick but here are some picks. 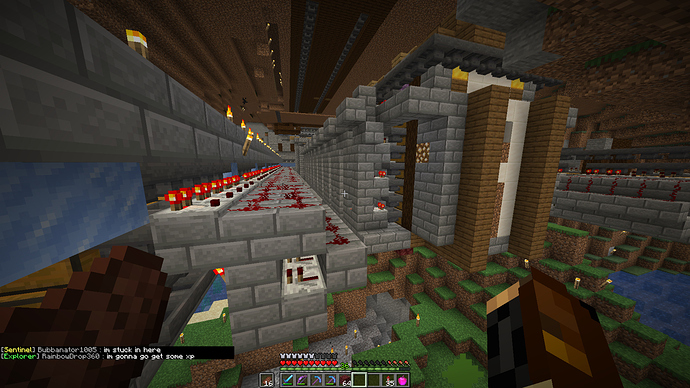 What do you plan on making for your build trial?:
some small things to show some basic constraptions i know and my general knowledge

Do you agree with the rules?:
yea sure, what a question xD

Your application does not show sufficient Redstone knowledge to apply for Builder. We tend to focus on computational redstone, i.e. the internal mechanics behind how microprocessors work.

If that interests you, I’d recommend applying to become a Student.