What do you like the most about redstone?: Idk I just enjoy learning stuff and figuring out stuff and redstone is something that allows me to do that

What’s a thing you have made which demonstrates redstone knowledge?: an 8 bit adder with 2s comp so it can also do subtraction

What does the thing do?: adds and subtracts 8 bit numbers could also attach memory to it which Ive been working on recently 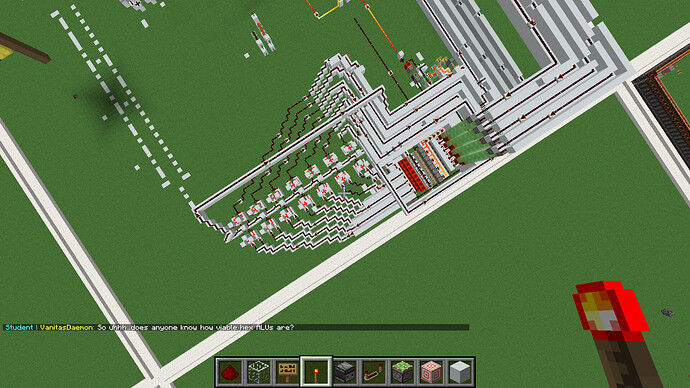 image1920×1080 887 KB
What do you plan on making for your build trial?: a simple 4 bit alu with condensed input panel capable of adding and subtracting with a input clear button

Do you agree with the rules?: yes

Is the ALU only capable of addition and subtraction?

Just addition and subtraction would make it an Adder-Subtractor, not an ALU. Generally an ALU is capable of addition, subtraction, and all bitwise logic operations (OR, NOR, AND, NAND, XOR, XNOR).

It’s probably worth asking around about ALUs, I’m sure someone would be willing to help. As long as your ALU does what I said, I see no reason not to accept. I should also mention that the time limit isn’t super strict, most staff allow you to go a decent bit over.