What do you like the most about redstone?: Redstone opens up a new area of creativity that static blocks alone can’t do. It gives life to the static blocks in a way that still feels vanila, and it gives an engineering challenge that has a satisfying end once you tackle it. I never really liked building houses or anything artistic, but I always have this enthusiasm when working on redstone. I also really liked the community that always pushes its limits in every way possible.

What’s a thing you have made which demonstrates redstone knowledge?: I have made an 8-bit CPU I called Simpleton 2 (ive built 2 computers so far), since it has a simple architecture which I built from n00b_asaurus’ 4 video tutorial series (didnt complete everything but i will plan to on a vertcaly-bussed computer).

What does the thing do?: The device has a simple data loop that has an 8 bit ALU with an Insta-Carry Adder, has 4 registers, 16 lines of program memory along with a 4 bit branching program counter, and 16 bytes of RAM. 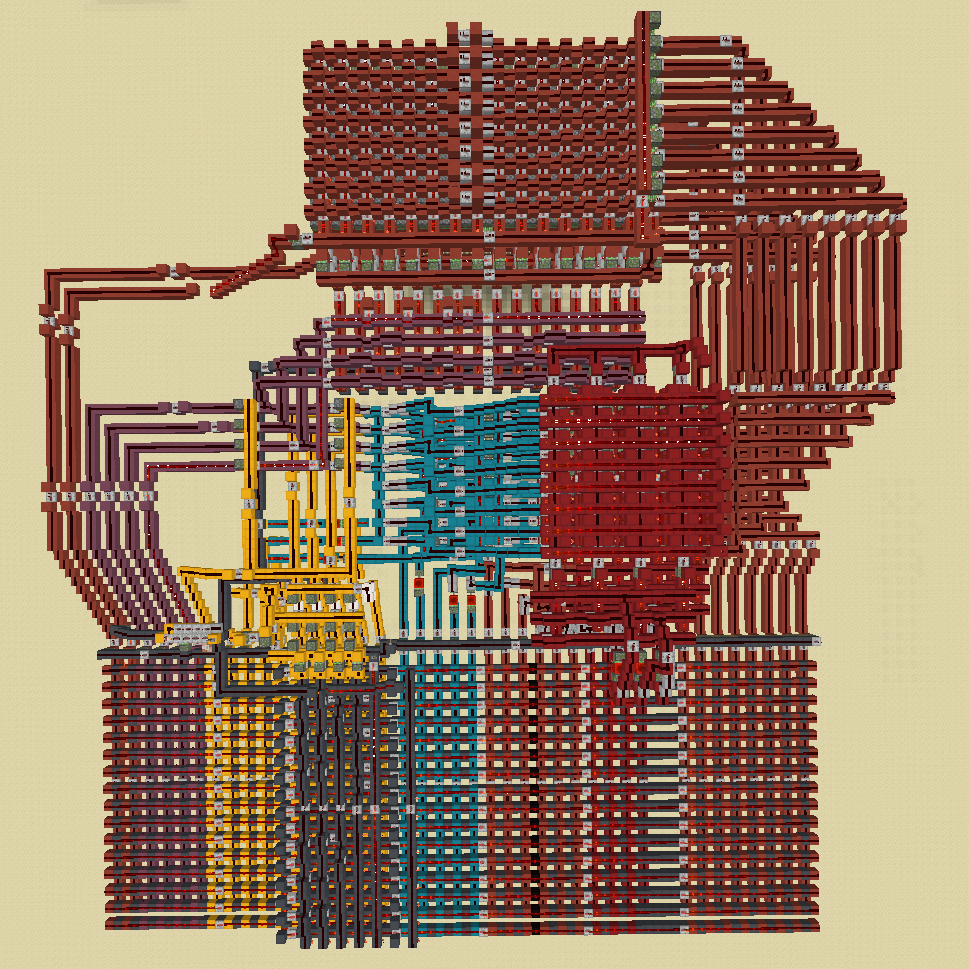 What do you plan on making for your build trial?: I will build a 4 bit version of the entire ICA ALU I used in Simpleton 2. Everything from the adder, to the bitwise logic, to the flags (sorry i don’t want to include the ugly right shifters since it would take too long).

Do you agree with the rules?: Yes.