What’s a thing you have made which demonstrates Redstone knowledge?:
An Base-N Adder
What does the thing do?:
It works similarly to a binary adder (name is self explanatory), with 3 caveats.
a) its analog, so you can set it to any base from base 2 to 15. Setting it to 2 will set each row to that base, and overflow to the next one appropriately.
b) its vertically tileable, which means you can stack 10 of these together and compute 10 digit numbers in Base N.
c) the signal you feed into it is an analog signal representing nums 1-15 (base 10). It adds the number to whatever existing number is already there, formats in the base that’s selected, then overflows according to said base.
((I hope this made sense, im quite shit at explaining lmao))

Image(s) and/or video(s) of the device:
The server I built it on is down at the moment, but once it goes back up (hopefully within the next few hours lol) I’ll post it
What do you plan on making for your build trial?:
Something called a “recycler”
If you want me to elaborate on this, just lmk. (I say this because I’ve never seen them outside of my community).
Do you agree with the rules?:
Indeed I do <3

Please elaborate on the “recycler”

It covers a very wide range of circuits which feed into tnt cannons.

The idea is you use it to “recycle” or loop back a signal while still preserving the pulse LENGTH (variable pulse length is used to control where the cannon aims, so its imperative to preserve this)
This may sound like just a simple clock, however there’s a lot of caveats involved which seperate a “clock” from a "recycler. Some of those being controllable half tic (being able to increase / decrease the pulse length by 1 gametic), being compact (size matters lol), being LIGHT (less redstone = better), speed, (Aim for 80 tic cycle length, WITHOUT GOING OVER, shorter will lead to fuse overlap) and lack of “hotwires” (makes it so the cycler will function after being damaged)

There’s lots of different types of recyclers. Some examples of types of cyclers:
Auto Cycler -Clocks while toggled on, and finishes whenever toggled back off
Bust Cycler - A Preset number of pulses will be fired out when activated (typically this is set to 3 or 5, though it depends on the cycler)
Queue Cycler - You can queue up shots to be fired, and the cycler finishes when the queue is completed.

I almost forgot, the server is back up
So heres the N-bit adder 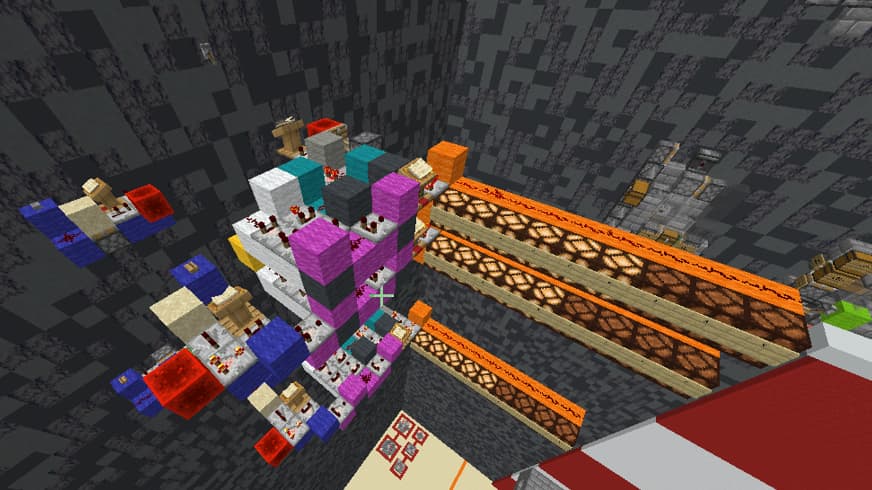 image872×490 61.1 KB
(The thing on the top is the lastest one)
infact lemme make a tower of these to show waht that looks like 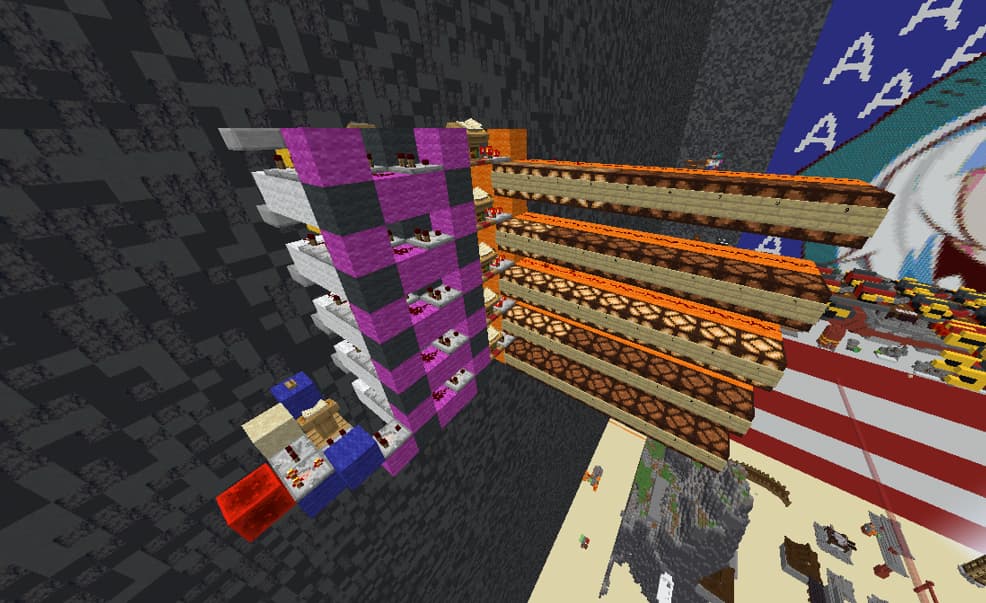 So the “recycler” is just a clock which maintains a specific pulse?

Yes, and said pulse length is controllable by the pilot
Also maintaining the other rules i mentioned, that being weight, size, and speed
Also the other thing i mentioned the types, which are substantially more complicated lol

I like to think of it as a SPICY clock

~I forgot an important criteria: No hoppers allowed. Droppers are fine. Hoppers are not <3

Your trial build is not sufficiently advanced. The bar for trial builds is at or above the level of a 4 Bit ALU. Please respond with a new build if/when you decide on one.

K, bit adder it is then

That’s still not at or above ALU level