What do you like the most about redstone?:
Comparator

What’s a thing you have made which demonstrates redstone knowledge?:
The first image shows a 2block/pixel display with JK-FF. The second image shows the JK-FF, which is controlled by the input pulse length. The third and fourth images show the width of the RAM from bennyscube’s youtube video, which I reduced from 10 blocks to 9 blocks. The fifth image is the Signal Strength RAM. It is, which can store 16 bytes in the size of 8*19*16+a (of which 8*2*16+a is the selector), although it is not as large as Comparator HDD. By the way, I use this Instant Comparator from enoki love’s youtube site.

What does the thing do?:
I joined to put blocks on this server.
My near term goal is to build a fast multiplier. 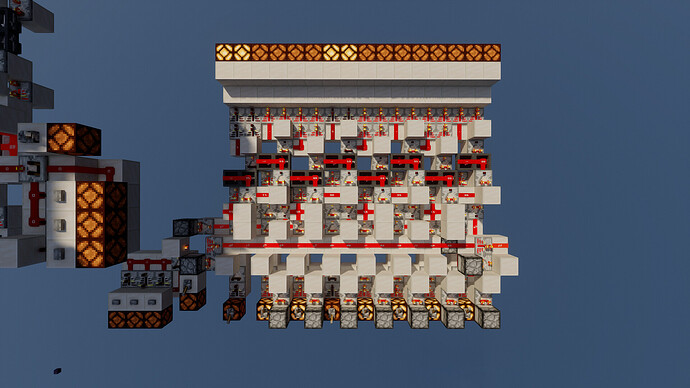 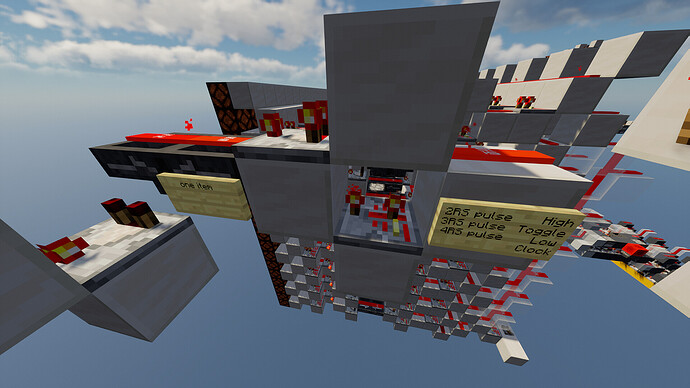 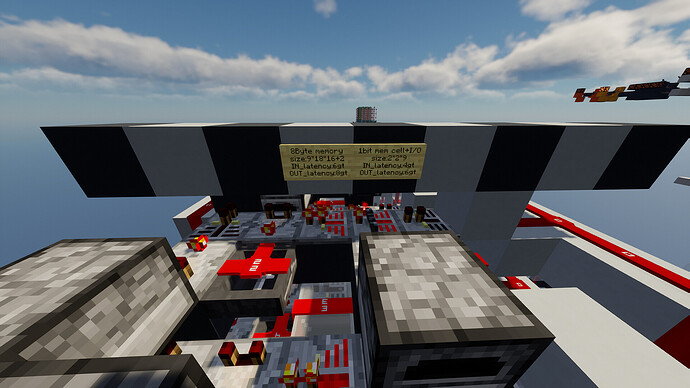 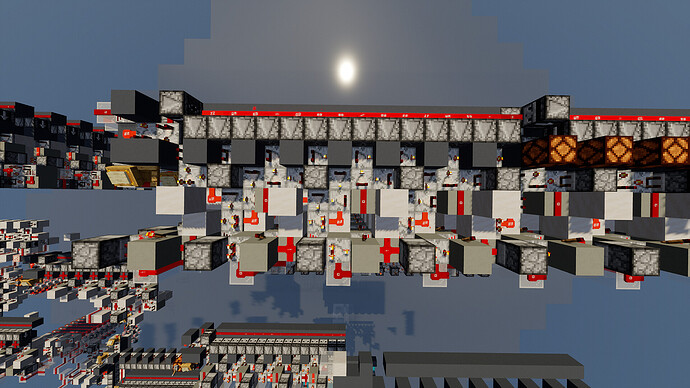 Do you agree with the rules?:
yes 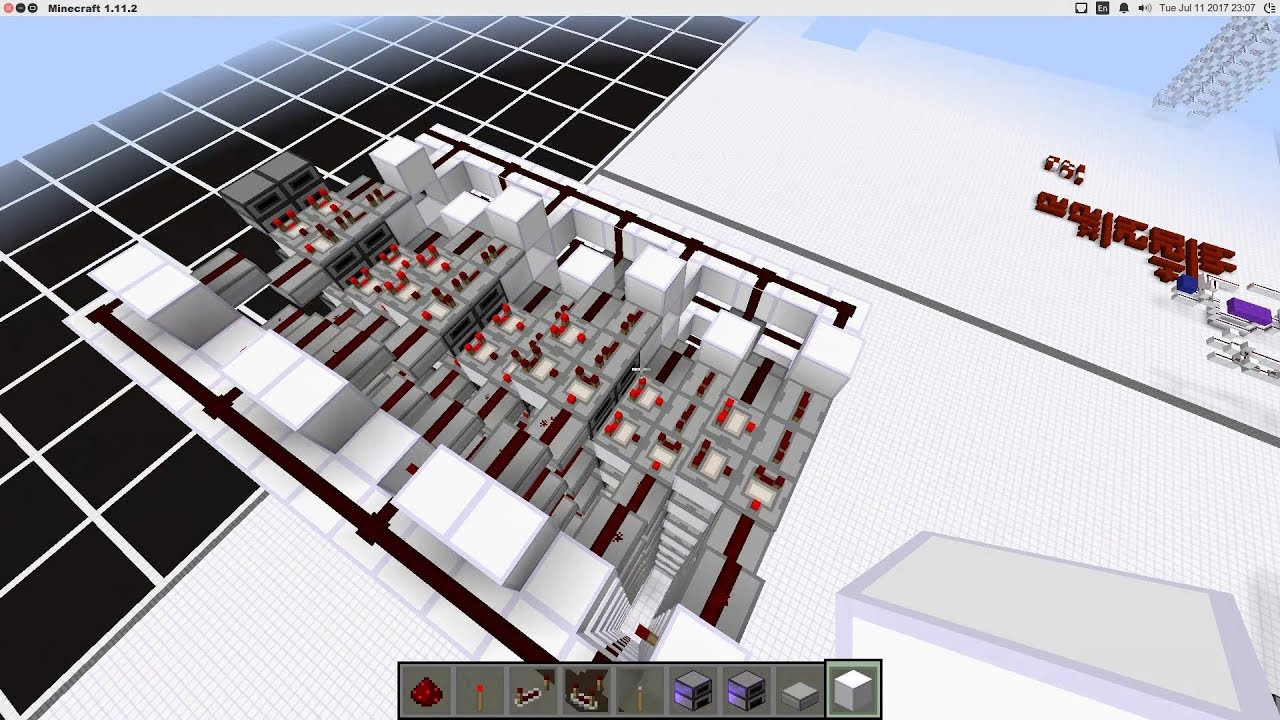 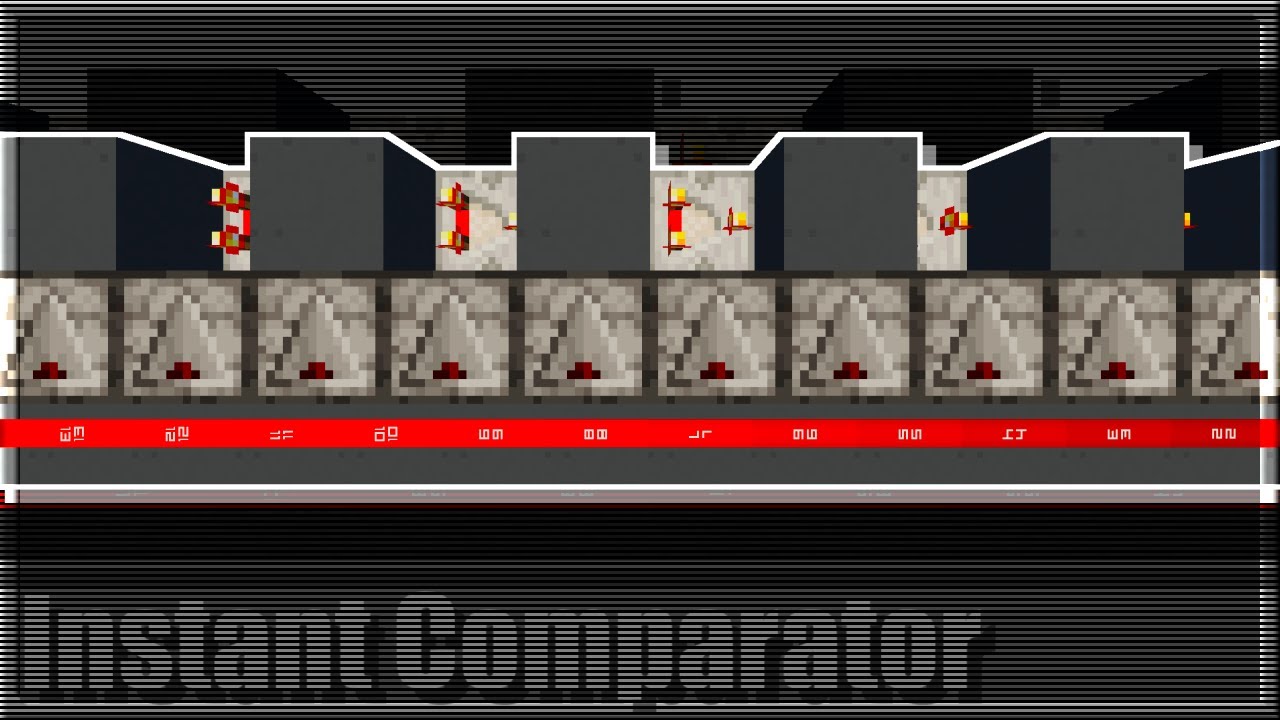 Registers alone are not difficult enough.

can you do some calculation that makes use of registers?